This is Not Consent (Gemma Bovenizer) is a striking, emotional piece protesting the assumption that consent is linked to the way women dress. The film consists of girls standing in front of a white background removing items of clothing, while newspaper articles and images relating to the topic of consent are projected onto their face and body. The short has been shared by rape crisis centres around the country, and Bovenizer ends the piece by listing helplines and centres throughout Ireland.

The simplicity of the visuals in the piece are striking, and the lack of narrative structure adds to the sensory viewing experience. The girls don’t look directly into the camera when removing items of clothing: this interesting choice from the director removes us from the immediacy of their performances and gives the film a reflective feel. The music is another highly effective tool in enhancing the emotional impact of the film: an electronic beat combined with audio from news reports and rape trials plays throughout.

Bovenizer stated in her director’s interview that her decision to make the film and raise awareness around the subject is a telling reflection of the state of the country today. During the director’s Q&A an audience member questioned her decision to have the girls in everyday clothes rather than “going out” outfits, one she explains as an attempt to emphasise that the clothes women wear should have no effect on the treatment they receive. Some of the girls who starred in the short were also present, and said that they were delighted to be involved in a film with such an important message.

Criticising the ineffectiveness of a school system that doesn’t include consent classes in the curriculum, Bovenizer states that Ireland has a long way to go. This is Not Consent is an important, topical piece that promotes discussion around the issue of consent and condemns the failings of a society that ignores the issue. 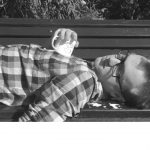 ‘Intransigent’ as reviewed by Emily Thomas 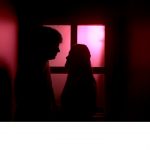