The originality of the plot and many of the shots (including an implied love scene and a poignant close-up of the mug crying) make the film an absolute joy to watch. One particularly memorable moment shows the mug gradually disappearing in a shower of leaves as it, in turn, disappears from its lover’s heart. Another shows the mug, complete with a Leap Card, riding a bus as it finds its way back home. The absence of dialogue in the film leaves space for the soundtrack- comprised of iMovie bops many of us know and love- to enhance the sadness and tension as we long for our two protagonists to be reunited.

Is the short a reflection of the fickleness of human nature? Is the protagonist’s treatment of the mug a commentary on the disregard we have for the world around us? As I stare out the window of my bus and twirl my imaginary moustache, only one thing is certain. You don’t need expensive equipment or professional actors to make a successful film: it can be done with a simple idea, a lot of creativity and a sturdy mug. 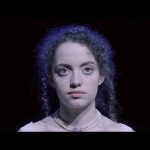 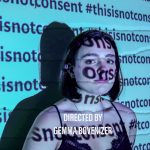