Shell (Katie McKenna) is an eye opening commentary on the realities faced by child suicide bombers. McKenna sets the film in Ireland, and instead of dismissing it as a far away issue, she encourages her audience to view the story in a new light. The short ends with the powerful statement “No matter where a child is from, they deserve a right to life”, and provides the viewer with an innovative and harrowing insight into the horrors of a life many children are forced into.

The colour scheme within the film is very effective and emphasises the vulnerable position our young protagonist is forced into. She wears a red coat, a striking feature against the dull greys and blues of the surrounding city, and this intensity of colour can be seen as a representation of her youth and innocence as well as the danger she has been placed in. Her childhood naivety is a feature conveyed effectively throughout- shots of her scuffed patterned backpack on a car seat and her excitement at receiving a toy convey how unaware she is of the danger to come.

In her director’s interview Katie discusses the difficulties of having a child actor on set, and says it is not something she would rush into again. The heath and safety concerns when dealing with a minor were a challenge to her crew, and some of the aspects did not turn out as planned while filming (she talks about her actress chewing gum while shooting a particular scene). However, the performance is a subtle one, and viewing the subject through a child’s eyes makes it all the more harrowing.

Emphasising the reality of the situation, Katie ends the film with audio from news reports of child suicide bombings. This feature is one of many that ensures Shell is a striking film- a testament to the use of filmmaking to protest injustice and mistreatment. 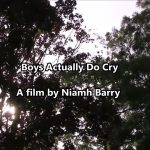 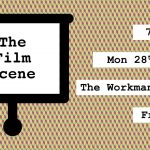