‘Boys Actually Do Cry’ (Niamh Barry) is a short documentary which explores male mental health using a number of testimonies to try and get to the root of the relationship between the average male in Ireland and the pursuit of emotional honesty. The most immediately striking thing about the film is the wide variety of backgrounds and experiences brought to the table by the different interview subjects. One interviewee is transgender, while another was born and raised outside of Ireland. Some of them were raised in the city, others in the countryside surrounded by, in their own words, “GAA lads.” Director Niamh Barry should be commended for the wide scope of perspectives her chosen ensemble has managed to achieve.

The men all sit on a cushioned couch against the backdrop of a nature painting consisting of almost all greens and yellows, with a single red plant in the centre like a beating heart, under which the subjects are positioned. It is the beating heart of each of them that the film hopes to bring into the spotlight, and it does so with a series of well-executed questions and answers. The interviewer does speak on camera in order to encourage and prompt elaboration, but this never feels intrusive. The unravelling thoughts of each interviewee always feel organic and unprovoked, which is essential for a film intent on capturing raw honesty.

Also of note for this reason is the editing. The various stories are paired and sequenced in an impressively complementary fashion. At one point a subject suggests: “if you wanted to be a successful man you couldn’t be seen crying or anything like that unless maybe your football team won.” This is immediately followed by speculation from another speaker who proposes the idea that sporty people are actually using sport as an outlet for their emotions. There is a sense throughout the film that the interviewees are developing on one another’s points despite never sharing the screen. A huge range of topics are covered, from toxic masculinity to shyness and repression, yet the skilful editing renders each jump from one issue to another completely seamless. They all come from the one train of thought, from the same place of emotional reflection.

The film ends with a statistic concerning male suicide rates and a link to a helpline. Between the two however, is a simple but effective message from Barry herself:

“Check in on one another. Take each other’s emotions more seriously. End stigmas around mental health in Ireland and around the world.”

‘Boys Actually Do Cry’ works because the ensemble are all speaking from the same place of emotional vulnerability despite their different experiences. It combats fears of isolation and loneliness by trying to show this vulnerability for the universal experience that it is, hopefully with the outcome of making it a bit easier for men suffering from depression to seek help and support, and to communicate with those around them. If the powerful testimonies and superb composition are anything to go by, it is very likely to be a resounding success. 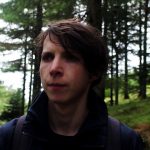 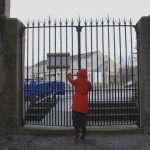