Unforgotten (Alex Wilson Flynn) is a beautifully polished short centered around life within a nursing home. We gradually gain insight into the past life of one of the residents, and his seemingly harmless appearance quickly gives way to something more sinister. The double twist at the end of the film piques our interest and makes for an engaging watch- one that had the audience at the edge of their seats during this month’s screening.

The film’s beautiful cinematography is particularly effective in capturing the tedium of life in the nursing home. As Wilson Flynn explained in his director’s interview, many of the cast and crew were industry professionals, resulting in a highly polished, slick production. The muted colour scheme within the film helps to initially establish the loneliness felt by the main character and his disappointment at receiving so few visitors and letters- browns and greens represent the monotony of his every day life. The lead actor’s fantastically expressive face steals the show. We feel for him in his solitude, although this sympathy immediately turns to shock and disgust as the first twist of the film unfolds. One particularly memorable shot reveals the full magnitude of the character’s past atrocities: the camera slowly pans down to reveal a telling tattoo on the back of his neck.

Wilson Flynn’s description of how the film was made gave us an insight into the processes behind making a short of this weight, and emphasised the importance of connections within filmmaking. While working as a production assistant on a feature film in Vancouver, he was able to pass around his script to members of the crew and secure the help of the Best Boy, who recruited contacts to help bring the story to life. Wilson Flynn gave particular mention to the twins in the film, who have recently appeared in Netflix’s A Series of Unfortunate Events. They certainly imbue the short with a endearing quirkiness that counteracts the seriousness of the subject matter and helps to deal with it in an innovative way.

The film’s point (although a take on the classic “Don’t judge a book by its cover”) is far from laboured, and keeps the audience enthralled throughout. Aspiring filmmakers can take courage in Wilson Flynn’s parting advice to the audience: no matter how experienced filmmakers are, they are always looking to get involved in original ideas. 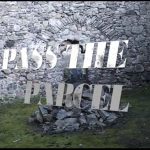 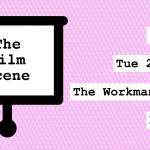